The army list is roughly based on Hannibal’s army, 2-4 years into the Italian campaign.  Gallic Infantry makes up the majority of the infantry units, with Spanish and African units completing the formed units.  Cavalry is a mix of Gauls, Spanish and Numidians.  Units missing in the 1000 point list will be added at the 2000 level.

For this first phase, all figures are from Wargames Factory.  My first order included not only the Celtic horse and Numidian I ordered, but bonus sprues of Roman Cav, Zulus and Ancient Germans!  Multi-part plastic might be a bit more work to assemble, but they open the door for easy conversion.  I like the Roman mail bodies with Numidian heads and shields as Spanish Cav.  The standard Numidian spearman is servicable, but I’m concerned that the spear is too short.  The Zulu with a Numidian head was an attempt at an additional skirmisher – but the smaller head looks funny on the well muscled body.

I’m interested in feed back from people on the following configurations. 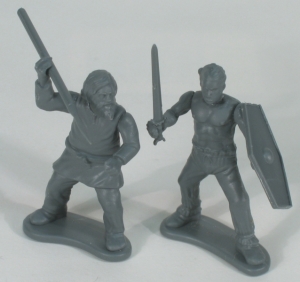 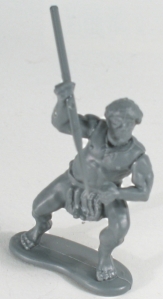 This entry was posted on June 16, 2009, 10:13 pm and is filed under miniatures, WAB. You can follow any responses to this entry through RSS 2.0. You can leave a response, or trackback from your own site.