Posted by chicagoterrainfactory in Terrain on February 29, 2016

Like a number of gamers, I’ve bought into a number of kickstarters.  My most current pledge is a set of 3D files for a medieval village from Real 3D Fantasy Printable Scenery.  During the campaign, they provided a number of test files which include an outhouse and a dog house.  The prints came out well and should paint up nicely.  The Brave Bricklayer will give me enough files to create a small village good for Saga or even WW2.  One of the advantages of a 3D file is that the kickstarter will be able to deliver in a reasonable time frame. 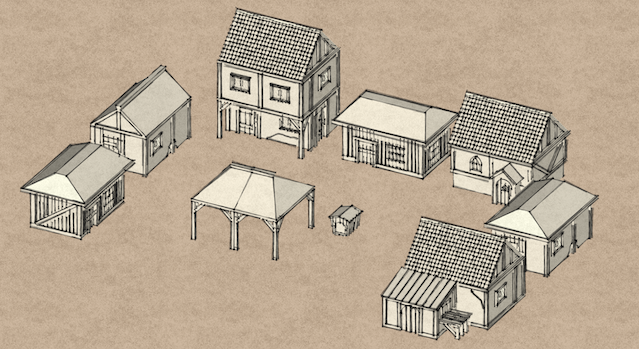 Speaking of unreasonable delivery times, 18 months after pledging, I will finally be getting my paints from the Reaper Miniatures Cav kickstarter this month.  The Bones kickstarter was a phenomenon, sadly the follow up kickstarters from Reaper all fall short.  I have a handful of figures in Bones 3 that will be my last kickstarter with Reaper.

Posted by chicagoterrainfactory in painting, World War 2 on February 1, 2016

Plastic Soviets from The Plastic Soldier Company.  This inexpensive kit contains parts for 2 guns, I chose a 45mm M1942 anti tank gun and a 76mm M1943 infantry gun.  The plastic is lighter and more flexible than most 28mm manufactures and the gun barrels do not compare well with other 76mm barrels found on Warlord kits. 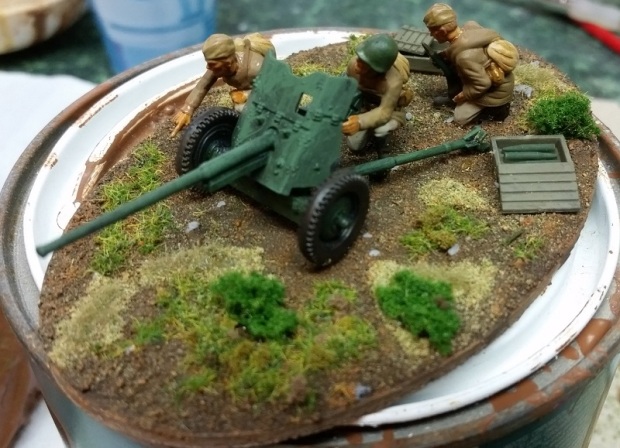