First installment in a rather large project for Adepticon:  a ruined pirate castle. The table will be used for the group Legend of the High Seas game on Friday and Saturday night.  Plans for the rest of the castle include a second round tower, one or more square towers, a fallen main  hall, a few grand facade and lots of jungle foliage.

The ruined tower is built from Hirst blocks with a floor tile carve as the second floor and wall paper texturing the base.  The open side and missing upper floors represent the damage done to the fort when sacked by the British navy – but in reality are a nod to playability, giving easy access to the structure. 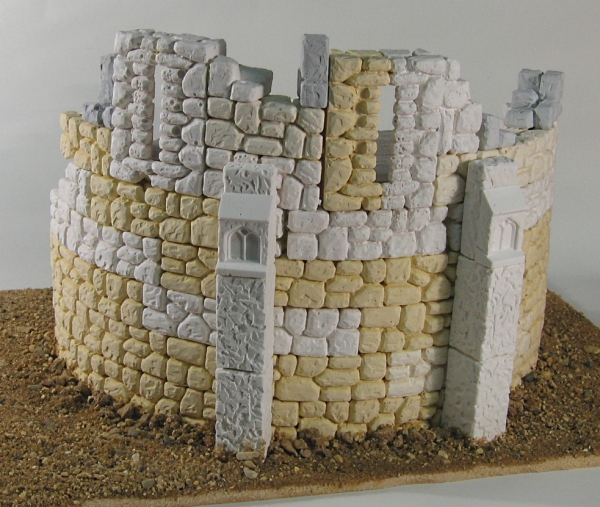 This entry was posted on February 12, 2009, 11:56 pm and is filed under Hirst Arts, Terrain. You can follow any responses to this entry through RSS 2.0. You can leave a response, or trackback from your own site.